The first set for Project 5 (Evidence) recognises that many choices were made. Not only choices about the subject matter and framing but also about the colours used.  In my first examination of work here I used red and back. These are hard angry colours. Compare the same representation using different colour combinations below.

This above is pleasing in its own pop art sort of way – it makes me think about the difference the colour representations evoke as well as considering the subject matter. It reminded me of The Elements of Color: A Treatise on the Color System Itten (1961) that I referred to in project 7. Of course Itten wasn’t the first person to produce a colour theory, for example the German romantic painter Philip Otto Runge published one in 1810. But Itten produced a very useful book that is both comprehensive and accessible.

The key points of the book that apply here are as follows:

The two squares above are both the same size – yet the white square looks bigger. This applies to all colours through simultaneous mutation – colours looks different (size/luminosity) depending what they are bordered by. For example the squares in the image below don’t all look the same size and yet they are.

Contrast of extension
The above can be explained by the contrast of extension where the contrast can be created by the relative size or area of differing colours. Goeth’s light values for colour proportions defined colours as in harmony when used in specific proportions to each other: yellow and violet at 3:1; orange and blue at 2:1 and red and green in equal measure. But of course, colour hues will change the values of the colour proportions. 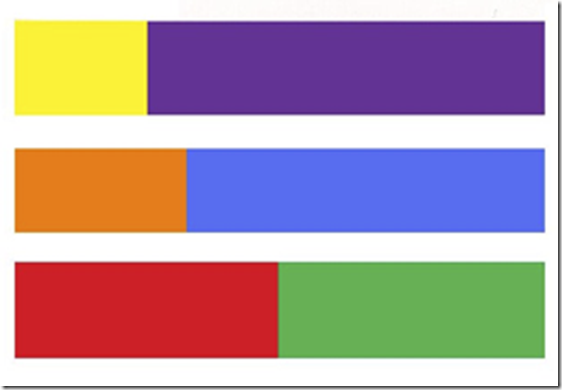 Central to this is the theory of Colour Expression where it is recognised that colours generate emotional responses and feelings and so to juxtapose two or more colours will produce a distinct expression and evocation.

Thoughts
If I apply the issues Itten’s raises to both the set of red and black images I posted the other day and the set at the top of this post we can see that he is correct. The red and black set offers a strong angry evocation whereas the set in this post is much lighter in emotional tone. So what would a set look like is a less angry colour combination? Here is it. 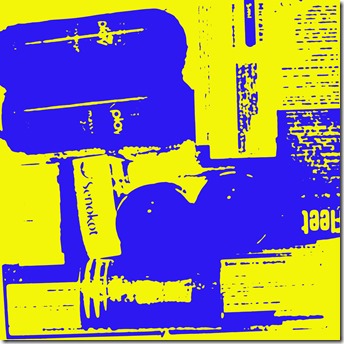 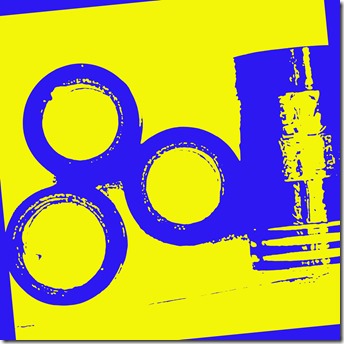 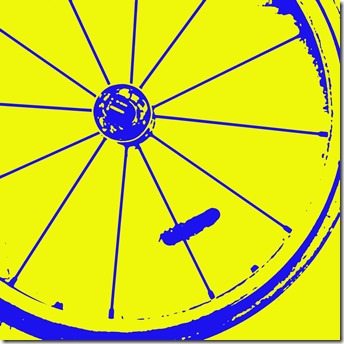 This set seems to me to be much more neutral in any evocation. It invites the viewer to consider what the subject matter is but is much more ambiguous in its tone compared to the angry red set. Thus for me to take this project forward I think I need to become clearer in what I want to say through the images. What do they say to you?

However before I answer this another issue has arisen: does the process involved in creating the image make any difference to its evocation? I ask this is the images of the wheels in this post were all created quite differently. One was created using Adobe Elements automatic Filter Gallery feature, others were created manually either in Elements or in Lightroom. These differences reminded me of discussions I have had with other photographers who espouse the virtues of slow approaches – especially in portraiture. So I am going to create a set of images my manual manipulation and then consider the process and the impact.

Itten, J (1961) The Elements of Color: A Treatise on the Color System, Published by  J Wiley and Sons 1961
Advertisement